Most IT projects fail.  A study by Standish Group across 50,000 software projects found that only 29% of projects were successful, defined by on time, on budget, within scope and of value to the end user.  Another 52% had major challenges.  And 19% failed completely. 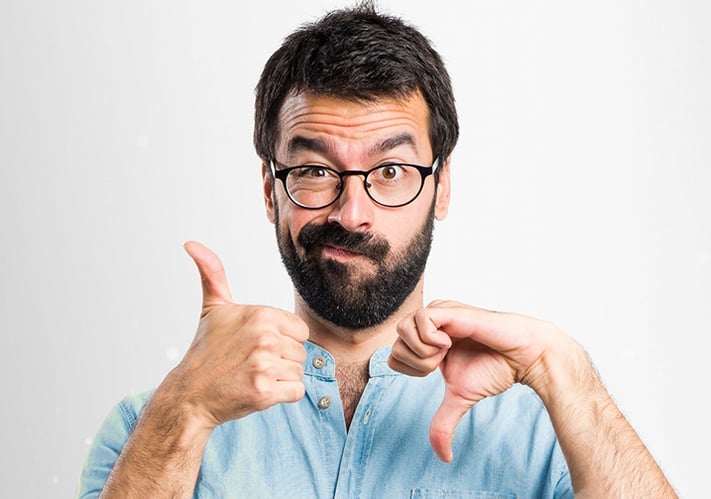 The fearsome triangle of application development is based on the old maxim:  "You can have your project on time, on budget or on scope. Pick any two." In the past, we all assume that the three sides of that triangle do not move, so pressure on one side means the other two slip, and thus your project is deemed a failure.

Perhaps we can put a huge portion of the blame on business partners who change scope or do not define requirements well or just plain change their minds. Frankly, this behavior is only accelerated by the pace of digital change. It's not going away.

That immovable triangle has sunk many an IT project (and other business efforts) because we always perceive that the three legs of the triangle (time, money, scope) are inflexible.

However, you CAN achieve project success if the third leg of the triangle is flexible.

Agile development promises to help.  If you consider that application development can be an elastic exercise, then the priorities of the project can change when scope changes.  You want a new feature added because of some new knowledge from beta testers or a competitor action?  Sure.  Just swap some other features out.  Or, add a specialist team (at higher cost) for the next sprint.  Agile lets you do this kind of adaptation by ensuring that there is always a working product - thus features that were in original scope but haven't been built yet can be traded for new features.  Testing and continual inputs help make the application stronger, even as it's still being developed.

The traditional Waterfall process severely limits this kind of flexibility.

With Waterfall projects, because working software is not produced until the end of the project, you never really know where you are. You - or your business client or end user - don't actually get to test the product or architecture until the end.   You can't show it to anyone, other than as vaporware with a wild waving of hands.  You don't even know if you are building the right product until it's too late.

Low code platforms provide an additional layer of flexibility and opportunity in the development cycle when combined with an Agile process.

Developers can collaborate with internal and external customers by quickly releasing whole applications or new features.  IT teams can focus on what they do best: Development that brings new ideas to life, rather than a constant battle of contract negotiations with partners or internal clients.

Agile plus low code creates a new kind of development triangle that allows teams to respond to market and business priority change - internally and in the market - over staying stuck in a fixed, inflexible plan.

Extreme Programming pioneer Ron Jeffries is often quoted as saying, "Agility might be said to be about encountering all the problems so early and so often that the effort of fixing them is less than the pain of enduring them."  Now that is a kind of development cycle that is easy to get behind!

What if you could have a kind of development process that lets you change the product scope, timing and costs anytime.... no matter if you are learning from users or change your mind or respond to market forces or even have a good reason at all!

What triangle at your shop is imposing limits on your creativity, productivity and ability to embrace change?  Please comment to us via LinkedIn to learn more about the Flowfactory low-code platform. #SpringboardGreatMinds.

Download our free whitepaper about Low-code in Swedish. A guide to technology that can dramatically increases the speed of application development and at the same time enables harmonization of the application portfolio.

Stephanie (SAM) Miller is a marketing automation, digital marketing and eCRM expert with a long history in enterprise technology professional services, also now applying this experience to the food tech sector. Fascinating parallels between the two industries - and a lot of crossover applications.

Download this presentation to learn more about why low-code is amazing.